COVERING NEWS WHEN YOU NEED IT MOST 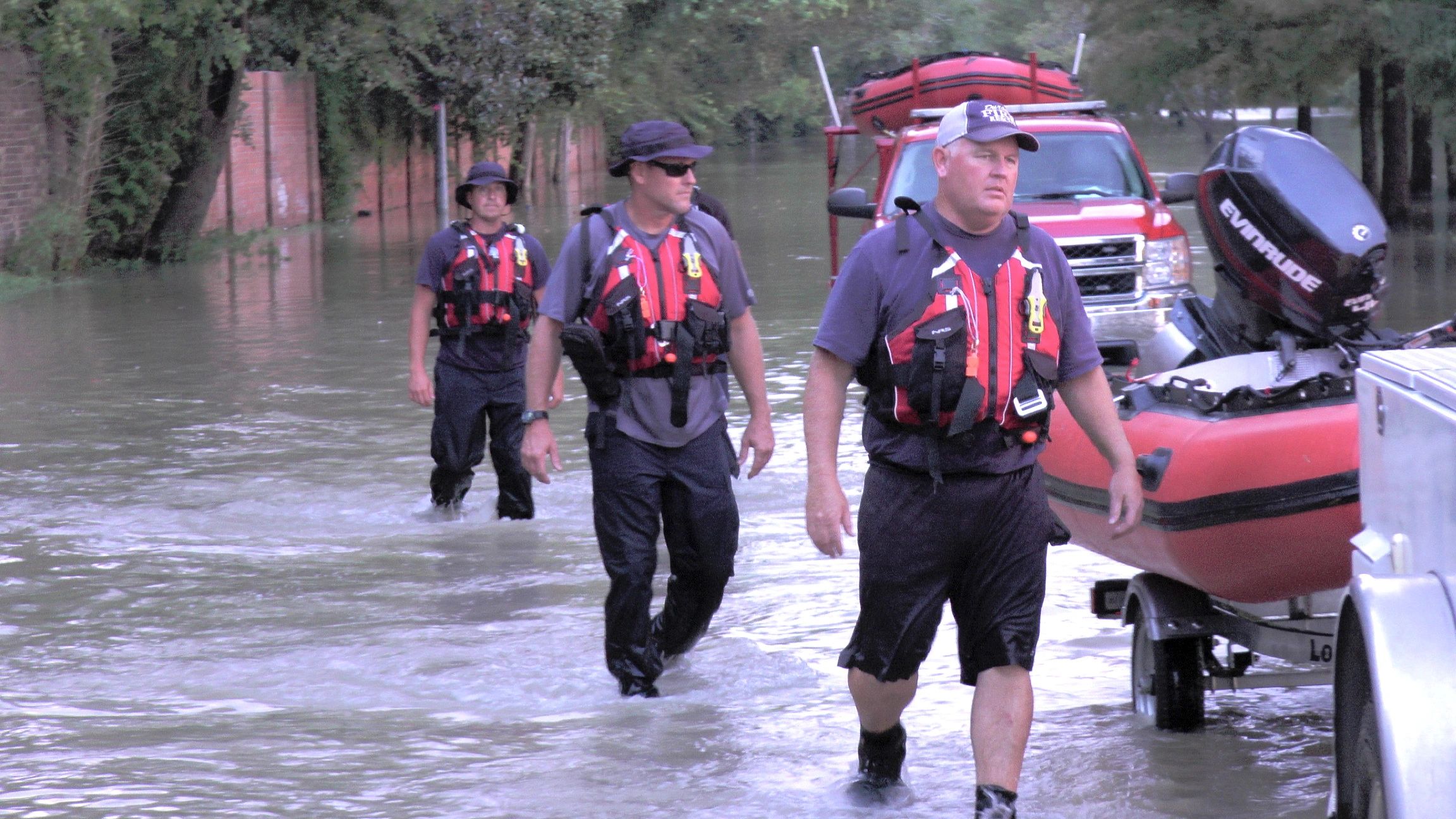 At left: a rescue crew from Oklahoma in Houston, Sept. 2017

ESN NEWS CHANNEL IS SET UP TO HELP YOU HANDLE EMERGENCIES OF ALL TYPES, ESPECIALLY IN  HURRICANE SEASON. With Isaias heading off into the Canadian sunset, we won't be posting. As for the future, we will try to post on hurricanes for five days to one week before expected landfall.

WNBC, a local television station in NYC, has a compendium report on damage in NY, New Jersey and throughout the metro area of NY. This occurred as the storm moved quickly through the area and then headed northward, moving at 40 mph. The hurricane/storm tracking map provided by the National Hurricane Center. SCROLL DOWN FOR INFORMATION AND MULTIPLE VIDEO REPORTS. On the left: a few people were still out in Folly Beach, south of Charleston, as the storm moved through. This photo, taken from a live cam, shows two people at a child at 6:05 PM, Monday,

updates on the virus crisis at HTTPS://COVIDNEWS1.COM

From the National Hurricane Center

LIVE CAM AS THE STORM MOVES UP THE NEW JERSEY SHORELINE

The storm is over for the United States although some flooding from rivers might continue during the night Tuesday.

FROM THE NEW YORK TIMES:

W. Craig Fugate, a former administrator of the Federal Emergency Management Agency, said his biggest concern this hurricane season is that coastal residents will stay home to avoid the coronavirus even if they face a real storm surge risk.

“We often talk about evacuations, and we don’t really clarify why we’re evacuating,” he said. “People drown. And we don’t say that.”

“Covid is scary,” added Mr. Fugate, a Florida resident who once ran the state’s division of emergency management. “For a lot of people, they’re thinking, ‘You know, evacuation, maybe that’s not so critical.’ We need to be clear and precise: The reason we do evacuations is drownings.”

The storm took an unexpected westward swing Tuesday, moving it through eastern Pennsylvania and upstate New York. On this course, the coastal areas of New York, Connecticut and Maine will be spared tropical force winds and storm surge. The storm is predicted to move into Canada and die out as a tropical depression by Wednesday and Thursday evenings.

NOW THAT ISAIAS IS OVER LAND AND, AS OF MONDAY NIGHT, AT HURRICANE STRENGTH, HERE ARE SOME CAUTIONS:

1. DON'T GO OUTSIDE during high winds unless some emergency, like flooding, prevents you from staying indoors. Big tree branches can come down, objects from the ground or on roof tops can become flying missiles.

2, POWER LINES WILL COME DOWN, another reason not to go outside. The power lines will be charged with electricity at first and can kill, especially if they or you are in water or wet at the time. If you and your car should encounter a power line, you are safe as long as you stay in the car. If you attempt to get out of the car, you can be electrified when your foot hits the ground. There is no safe way to exit a car that has contact with a live wire.

3. If you have time before the high winds arrive, look around your house, inspecting the trees. If you have a lot of trees and they have not be punned or otherwise cared for, try to stay in the part of your house farthest away from the trees or big tree branches. If you have a multi story house, it is better to sleep on the first floor than higher floors if you have trees around the house.

4. When the winds stop, don't go outside immediately, jump in your car and go look around. Hurricanes have a central eye around which the storm rotates and you could be in that eye. Otherwise, just wait before going out. Extra care is called for in every stage of a storm, before, during and after.

5. Repairs? You might want to go out and get busy, but, again, wait until you are sure it is safe, there are no power lines down on your property and the wind portion is definitely past.

6. If you have to go out and drive to check on a relative, etc., be extra cautious around high water on the roads and streets. Is the water flowing rapidly? Is there anyway to tell how deep it is? Is there a point where water appears to be running in a hole because the road has been washed away? All of these are reasons not to chance it.

7. Tornadoes are a danger with hurricanes as the storm moves across the land. Be aware of this danger and consider it another reason not to venture out. A "rain wrapped" tornado can catch you completely by surprise.

8. If you are. in poorly constructed house, in a low lying area subject to flooding, particularly in an area where storm surge is expected, in a house surrounded by trees or in a mobile home, give serious consideration to moving to a shelter if you have time before the storm moves through your area. Once the storm starts, it is generally inadvisable to try to move.

Washington, DC, Philadelphia, New York and Boston are all in the forecast track for tropical storm force winds and rains during the next few days.

The winds in the mid-Atlantic states of Maryland, Pennsylvania, Delaware, New Jersey and New York are expected to be tropical force winds with gusts to hurricane strength. This does not mean the danger is over. Indeed, a lower level storm can be more dangerous if people take their safety for granted and venture out during the storm

The reporters and weather people who see standing out in the high winds on television are most often on beaches and in the cover of an over hang at a hotel. Because they face the ocean, they are unlikely to be hit by flying debris. Inland, even by one or two blocks, the story is different. Heavy materials can come off buildings and kill.

CATEGORY ONE: winds sustained above 74 to 95 mph Very dangerous winds will produce some damage: Well-constructed frame homes could have damage to roof, shingles, vinyl siding and gutters. Large branches of trees will snap and shallowly rooted trees may be toppled. Extensive damage to power lines and poles likely will result in power outages that could last a few to several days.

Big waves, lots of people out on the boardwalk, no one allowed on the beach.

ISAIAS WAS A HURRICANE WHEN IT MOVED ON SHORE

The NY Times has a collection of video takes as the hurricane moved into South Carolina and across the coastal area of North Carolina.    https://www.nytimes.com/video/us/100000007271735/tropical-storm-isaias-carolinas.html 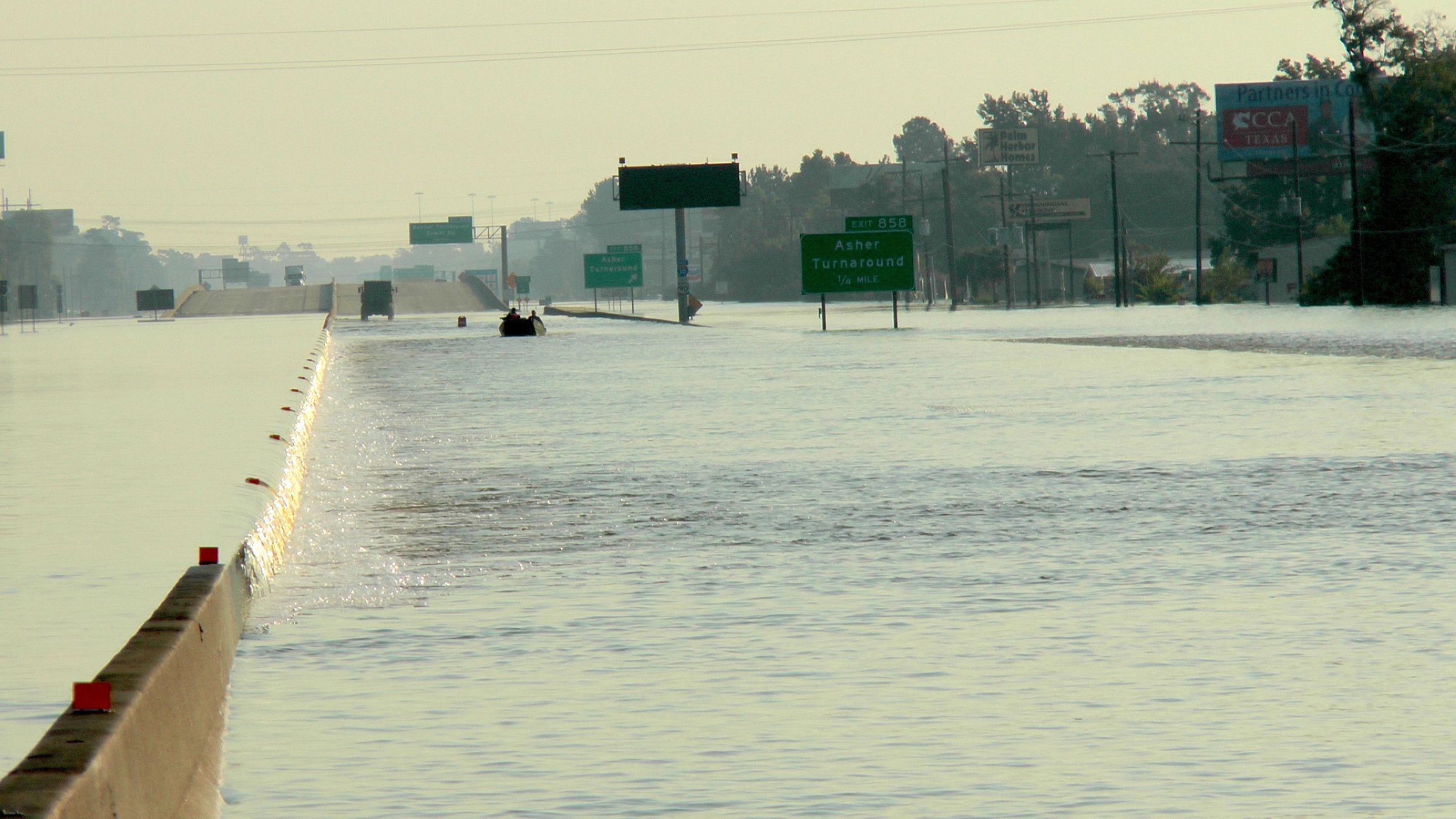 Lots of video from south Texas under "various reports". Click above.

BEING READY for a hurricane or other natural disaster can save many lives, protect property and make recovery less burdensome and quicker.  ESN News, along with our not-for-profit efforts, is designed to help communities, families and businesses be ready, be safe.

WHEN TO EVACUATE? How many, what areas, should go? These are decisions carefully made by state and local leadership but ESN News is there to assist  in your decision...and it ultimately is your decision about how and when to get out.

TYPICALLY, MORE PEOPLE ARE INJURED DURING THIS PHASE OF A DISASTER THAN ANY OTHER. When people return to houses and businesses, there is still great danger from falling tree limbs, collapsing structures and the hundreds of possible injuries from reconstruction. ESN News takes this phase very seriously and will do everything possible to assist with information across the board.